The former professional came 2nd in 2006: “I want to share my experience, I’m happy to be in this group”

In total, they have run 8005 marathons and over 330 thousand kilometres

ROME – The angels of time are ready to spur on the marathon runners who will arrive from all over the world on Sunday the 29th of March 2020 to run Acea Run Rome The Marathon. A marathon to run with head held high to admire the monuments and unique places of the Eternal City, 42.195 km steeped in charm and history.

The angels of time are the ‘Pacers’, that is, those in the race who have the task of helping the participants to reach the finish line at a predetermined final time. At Acea Run Rome The Marathon there will be 145 men and women, with times ranging from 2h 50 to 4h 30 with 10-minute intervals and then from 4h 30 to 6h 30 with 15-minute brackets. Recognising them in the crowd will be easy, with a colourful balloon you can’t go wrong, running the marathon in Rome with them will be simple and fun, you just need to choose your time and let yourself be carried away.

AROUND THE WORLD – The Pacer numbers of Acea Run Rome The Marathon are impressive. Out of the total of 145 athletes, there are 46 from Rome, while the others come from Abruzzo, Emilia Romagna, Friuli, Lombardy, Lazio, Marche, Piedmont, Apulia, Sicily, Calabria and Sardinia. Trentino Alto Adige, Tuscany, Umbria, Veneto.

New for this 2020 edition is the inclusion of 15 foreigners from Germany, Norway, Holland, Russia, Spain, England and even South Africa to complete the work of internationality and brotherhood that is a marathon.

Not only marathon runners, many of them are also triathletes and 40% are also ultramarathon runners. Experience is the common factor and if we put together all the marathons that we have run we would have 8005 marathons, equal to 337,770.975 km run, a huge number if we think that the circumference of the earth is ‘only’ 40,075 km and that of the moon 10,921 km. The pacers of Acea Run Rome The Marathon have raced 8.5 times around the world and 31 times around the moon.

WHAT CHAMPIONS – All equal, all strong, with a great passion for running and selfless, because having the commitment to be a Pacer means sacrificing your own performance and running while staying available to others, encouraging, helping and giving advice. Some names on the list certainly stand out, among these it is a pleasure to find for example Daniele Caimmi, a former professional of the Fiamme Gialle, who has worn the blue jersey many times in his career with a valuable 6th place in the marathon at the World Athletics Championships in Paris 2003. He has a personal best of 2h 08’59” in Milan in 2002, while at the 2006 Rome marathon he finished 2nd with 2h 09’30”.

“When I saw the opportunity to apply to be a pacer in Rome I didn’t think about it for a moment,” says Daniele, “And I registered. I’m very happy to be part of this special team of athletes and to be able to put my experience at the disposal of the many people who will come to Acea Run Rome The Marathon to perhaps try to beat their own personal best. I will be in the 2h 50 group; I can’t wait for the 29th of March because we’ll have a lot of fun, Rome is a city and a marathon that means a lot to me”.

Among the other Pacers we find:

Run Rome The Marathon wants to build relationships with the best Italian and foreign partners.

We have created some specific proposals according to your needs.

To find out more, write to info@runromethemarathon.com.

We look forward to seeing you on 21 March.

Run Rome The Marathon wants to build relationships with the best Italian and foreign partners.

We have created some specific proposals according to your needs:

To find out more, write to info@runromethemarathon.com.

We look forward to seeing you on 21 March.

Run Rome The Marathon rewards athletes who have always reached the finishing line in all previous editions.

For you, always present seniors, a free bib.

Run Rome The Marathon is attentive to participants of all ages. We want to reward the longest-lived, stoic and courageous marathon runners.

Below are the rates we have prepared for you:

Click here and register for the world’s most epic marathon.

The promotion is valid for those who have turned 75 by 21 March.

Run Rome The Marathon is pleased to host any club, association or sports group that asks to participate. We have prepared different benefits and promotions, such as a free bib for every 10 participants.

Write to info@runromethemarathon.com and we will show you all the concessions with the most fascinating marathon ever.

Click here to complete your registration. We look forward to seeing you on 21 March to leave a mark on history together with your friends!

Below are the rates we have prepared for you:

Bed and Breakfast
Accommodation in double room
Early breakfast on race day at 06:00
Late check-out on Sunday at 15:00ì

Bed and Breakfast
Accommodation in double room
Early breakfast on race day at 06:00
Late check-out on Sunday at 15:00 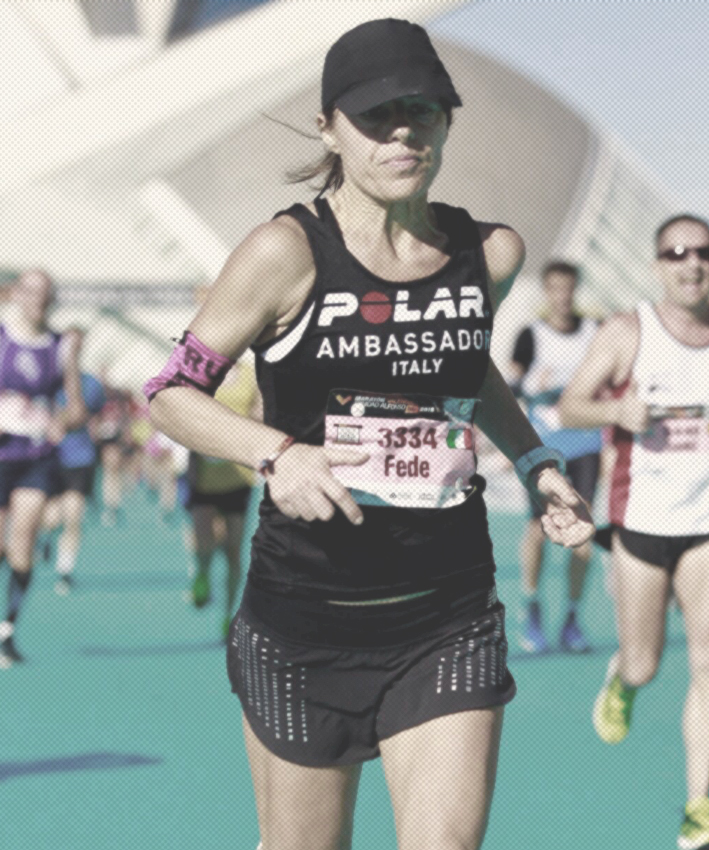 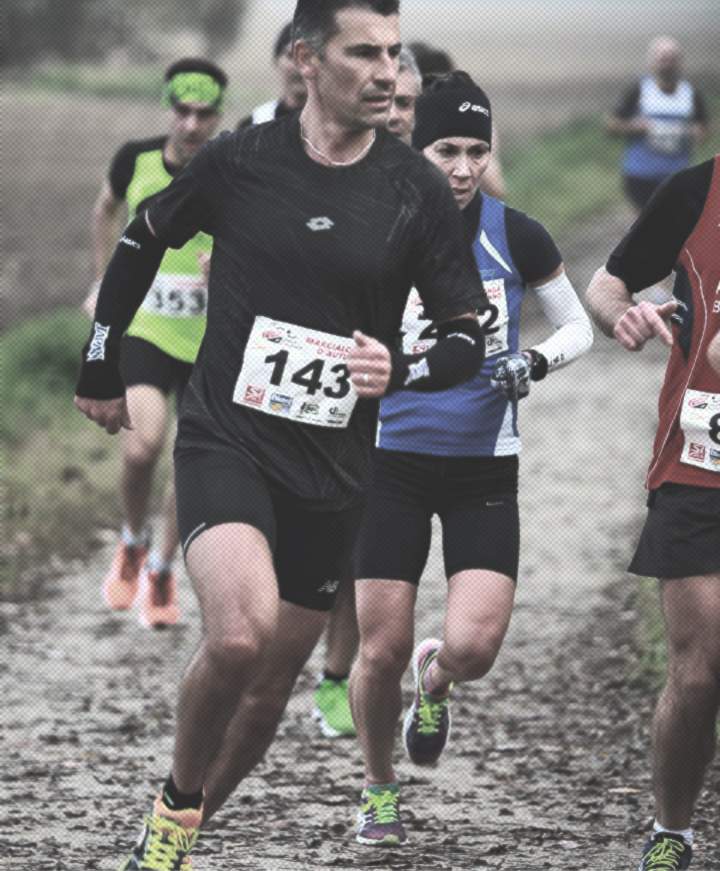 We will host 30 families with children and young people with serious or chronic diseases.

In Dynamo, we believe that Happiness is an undeniable right. That’s why we offer free Recreational Therapy programmes to children and teenagers with serious or chronic illnesses and their families, giving them peace of mind, some lightheartedness and self-confidence by facing the disease from another perspective.
Through the activities of Recreational Therapy in groups, Dynamo Camp helps these youngsters regain confidence and focus on individual potential and talents, generating self-esteem and resilience – in the broader sense of social inclusion as well.

We need you to give 30 families with children and young people suffering from serious or chronic diseases the chance to have an unforgettable experience at Dynamo Camp, to rediscover that there is always a good reason to smile in life.

Run the RUN4ROME 2020 and bring them a world of smiles!

The Bambino Gesù Onlus Foundation was founded in the year 2000 and is a non-profit organisation. It supports the activities of the Bambino Gesù Paediatric Hospital, the largest general hospital and paediatric research centre in Europe, and serves as a benchmark for the health of children and young people admitted from all over Italy and abroad.

The Foundation has a particular focus in the following areas:- scientific research; technological innovation and clinical assistance; welcoming hospitalised children from families facing significant financial difficulties; international activities aimed at guaranteeing the provision of health care and developing specific training programmes for on-site medical and nursing staff in the countries where the hospital operates; the paediatric unit’s humanitarian commitment which, every year, takes in and cares for children from over 40 countries around the world – children who cannot be treated in their countries of origin and who may have no access to healthcare at all, requiring immediate treatment.

The participating teams are almost entirely composed of the hospital’s internal staff, which is testament to the commitment of the Bambino Gesù community in supporting care, hospitality and solidarity.

Founded in Italy in 2000, the Operation Smile Italia Onlus Foundation is part of an International Organisation, made up of medical volunteers, nurses and other health workers from over 80 countries around the world who treat people born with facial malformations, such as cleft lip and cleft palate; the Foundation is also active in Italy with the medical projects Smile House, Un Mare di Sorrisi and World Care Program.

Operation Smile, established in 1982 in the United States, is today considered one of the largest voluntary Non-Profit Organisations for the treatment of these diseases. With the help of the many generous people who support us every year, we make surgical treatment accessible in the countries where it is most needed, train local health personnel and provide medical and hospital equipment to treat anyone born with a facial defect.

Train and run for the smiles of the children waiting to be treated, support Operation Smile’s next medical mission in Honduras. We have been present in the country since 1997 and in over 21 years, thanks to our medical volunteers and health workers, as well as our supporters, we have treated over 3,700 young patients who today are able to smile and have a different life.

Despite the results achieved, much remains to be done: many children are still waiting to be treated.

Our goal today is to ensure that every child born with a cleft lip or cleft palate in Honduras receives safe, free and timely healthcare: join us!

For information write to prenotazioni@operationsmile.it or call 0685305318.

We would like to thank you for the generous gesture you are about to make and for joining us in this Polio campaign, to help write together the word “END”, which is very close.

One of Rotary International’s most important projects is the fight against polio, supported by the 1985 PolioPlus project. Where 30 years ago there were 350 thousand new cases per year in the world, last year only thirty-one were registered and now polio is confined to only two countries: Afghanistan and Pakistan.

For many years now, the District 2080 (the areas of Rome, Lazio and Sardinia) has been involved in raising funds to finance vaccinations in the world, through participation in sporting events of various kinds. Today it is “Basta così poco [This Close]” to eliminating polio… support our solidarity race, we’re happy to have you by our side.

RUN THE RELAY WITH US!!!!
Thank you, send an email to:

You will support the #oggicorroperAIRC project for Paediatric Cancer Research

Every year, in Italy, cancer affects about 1,400 children up to 14 years of age. Thanks to constant progress in research, three out of four children are now completely cured.

An important goal, however we certainly can’t stop there as there are still many questions to find the right answers to to be able to treat all those little patients.

Join our team to race together towards a great goal!

For info and registration, write now to run4.roma@airc.it.

Education, social inclusion and psycho-physical wellbeing through sport, for disadvantaged children and adolescents, is the heart of the non-profit organisation that designs and organises guided sports courses, in collaboration with a network of sports and medical associations.

Sport Without Borders believes in sport as a tool for integration and social change. Guaranteeing access to sport to those who need it, taking it where it is not present and spreading its principles and values; this is the mission of the association that operates mainly in Italy in Milan, Rome, Turin, Naples, Trento, Bergamo, Rieti (Terminillo).

WHAT YOU SUPPORT BY CHOOSING SPORTS WITHOUT BORDERS

This year our collection will serve to support a beautiful project that will see its fourth year in June: JOY SSF SUMMER CAMP in Terminillo (Rieti). This is a residential multi-sports camp with a social vocation, which was born in 2017 with a specific goal: to give support to families in central Italy affected by the earthquake, offering them something concrete, i.e. a holiday for their children. The success of the project has convinced us to continue. Last year, Joy also welcomed the children of the families damaged by the collapse of the Morandi Bridge and JOY 2020 will continue to offer an all-sport holiday, both to the children of the neediest families in the Crater Municipalities and to the children of our project as well as many other children coming from emergency situations throughout Italy.

RUN FOR SPORT WITHOUT BORDERS

BECOME A PERSONAL FUNDRAISER AND ACTIVATE YOUR FUNDRAISER

PER CORRERE PER SPORT SENZA FRONTIERE

This Site may use profiling cookies and third parties cookies. Please click here to have more information or to decline your consent. If you access any element outside this banner or if in any case continue browsing the site you consent to the use of cookies.